Showing posts from November, 2017
Show all

November 06, 2017
CCTV has aided in the prevention and solving of countless crimes in Somerton since its use first became widespread. In today’s world, having cameras posted is almost a necessity. Not only will the presence of cameras in itself help deter criminals, if an accident does occur, being able to review the footage will prove incredibly important in solving the case. Without footage, figuring out who’s responsible is near impossible for most crimes committed on businesses and homes in Somerton . You’d be left empty-handed and terrified after a robbery, but your only source of closure—finding who did it and making sure they are charged accordingly—is near impossible to achieve with out a CCTV system in place. Prevention Almost every business with a camera system in place has the cameras themselves obviously displayed so that any would-be criminal thinks twice before doing something wrong. In addition to that, having a working CCTV system also means you can display the discouraging sign in
Location: Somerton VIC 3062, Australia
Read more

What Are The Important Features Of Security Cameras 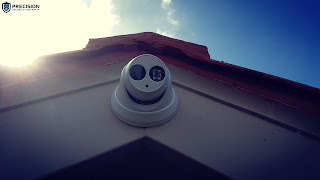 When it comes to protecting your property in the modern era there are a lot of options out there.  One of the best things you can do is have security cameras installed on your property.  These silent sentries allow you to monitor and record everything that happens.  What features should you look for in a security camera?  Let’s take a look. HD Quality Recording If you want to have the best image quality from your cameras when recording or monitoring the cameras you need HD quality recording.  HD quality allows you to make out all of the details that the camera captures.  From facial features to clothing details, you can make it all out.  The higher the quality of the recording, the more you can zoom in after the fact. 1080P and 4K UHD cameras are the highest definition cameras that you can get.  Looking for cameras with either quality is a must. Pan Tilt Zoom/PTZ Pan tilt zoom cameras are amazing because they allow you to turn the lens on a camera so that you can move t
Read more