Benefits of Security Cameras For A Factory

Lets explore how security cameras can be used to make a difference with factories.

Many people know that security cameras catch crimes in progress but they can also be used to deter crime before it even happens.  When criminals see that a property has visible security cameras they know that everything they do is being monitored and recorded.   That means if they commit a crime they know there will be evidence of said crime.
While not every criminal will be deterred, knowing that their actions are being recorded and that there is someone who cares about the property will make them less likely to want to commit a crime there.

With a good security camera setup, you can monitor the security of your factory around the clock.  Either a security officer or a foreman can watch the camera system and will be able to detect anyone attempting to gain access to the facility or otherwise rob the facility.

Should something happen on your property it will be captured on security camera.  That means that the criminal will be seen red-handed on the camera.  You can pull up that recorded footage and show it to the cops so they know exactly who they are looking for when they go out to arrest the criminals.
Then once the cops have finished with their side and the criminal has been arrested the footage can be used as evidence in court.  That footage will help to guarantee that the criminal is found guilty.  It is hard to argue that you didn’t do something if you can be seen clearly on camera committing the crime.

Even factories have to worry about internal theft.  Employees around the world have been known to steel everything from tools to supplies like toilet paper.  With security cameras in place you will reduce the chances that an employee will feel comfortable steeling something.
When internal theft does happen you will have camera evidence of what happened.  You will be either to terminate the employee or seek further action if you so desire.  Either way you have the theft reduction that you need.

One of the concerns that most factories have is safety.  There are a lot of moving parts and equipment.  With that there are a lot of concerns that can come up.  You can use the security cameras to monitor the safety of any area that has cameras observing it.  By utilizing CCTV for safety, you can work to stop incidents before it happens.

The recorded footage of safety incidents can also help you with liability.  If a safety incident does occur, it will be on camera and you will be able to determine exactly what happened.That can be essential in preventing or ending frivolous lawsuits or claims.

Factories are just like any other business, they have security and safety concerns.  Working to prevent those is important.  With the power of a security camera system you are able to put a lot of those concerns aside.  You are able to prevent theft and improve safety.  Two important steps. 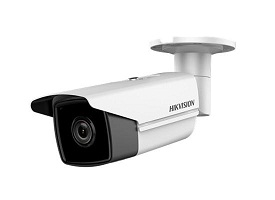